Yer Blues was written and composed by John Lennon during the Beatles' retreat in Rishikesh, India. It appears on the Beatles White album. 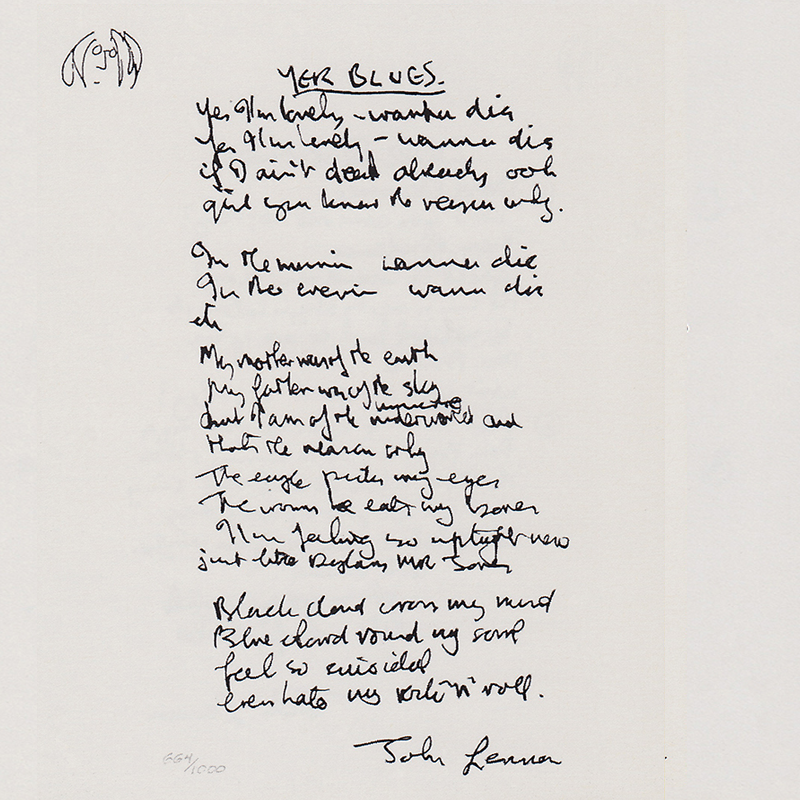