Lennon wrote "Woman" as an ode to his wife Yoko Ono, and to all women. The track begins with Lennon whispering, "For the other half of the sky ...", a paraphrase of a Chinese proverb, once used by Mao Zedong.

It was released on the 1980 album Double Fantasy, the last album by Lennon and Ono released before his death. 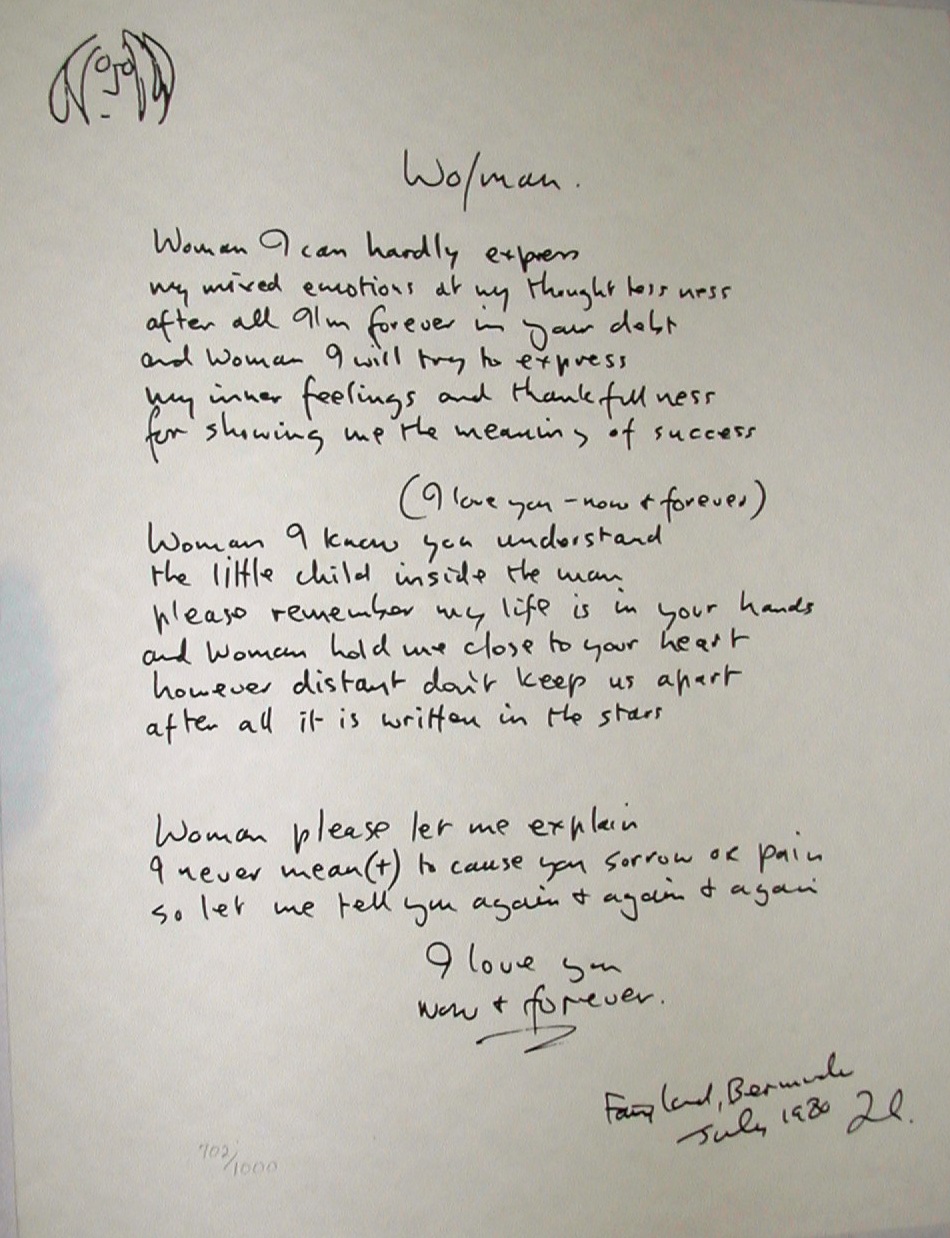