In Watching the Wheels John Lennon Lennon addresses those who were confounded by his "househusband" years, 1975–1980, during which he retired from the music industry to concentrate on raising his son Sean with Ono. 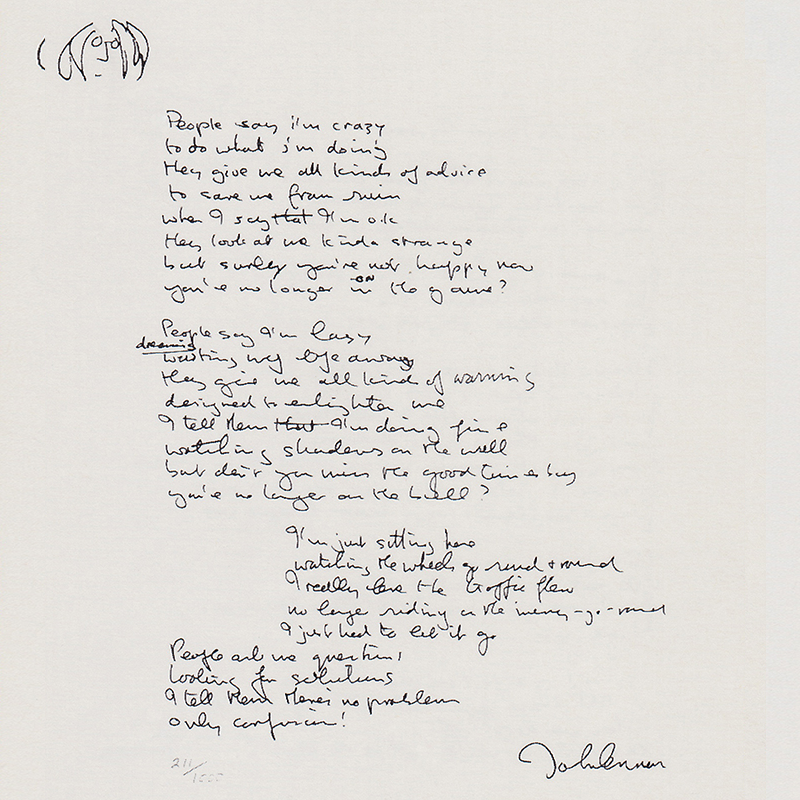