John’s fascination with Japan and its wonderful language was the inspiration for Sabi. The word Sabi does not translate into English, but the closest might be the equivalent of the word “cool”, except that Sabi is a product of old Japan. This is what John thought was cool; a guy meditating among a peaceful background reflecting all that is tranquil and divine around him. 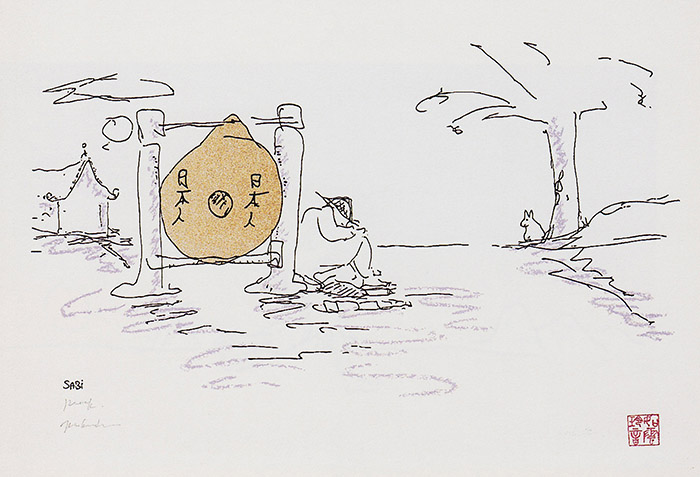