Real Love is a song written by John Lennon - solo versions appear on several Lennon compilations and the film Imagine: John Lennon. It was recorded with overdubs by the three surviving Beatles in 1995 for release as part of The Beatles Anthology project. 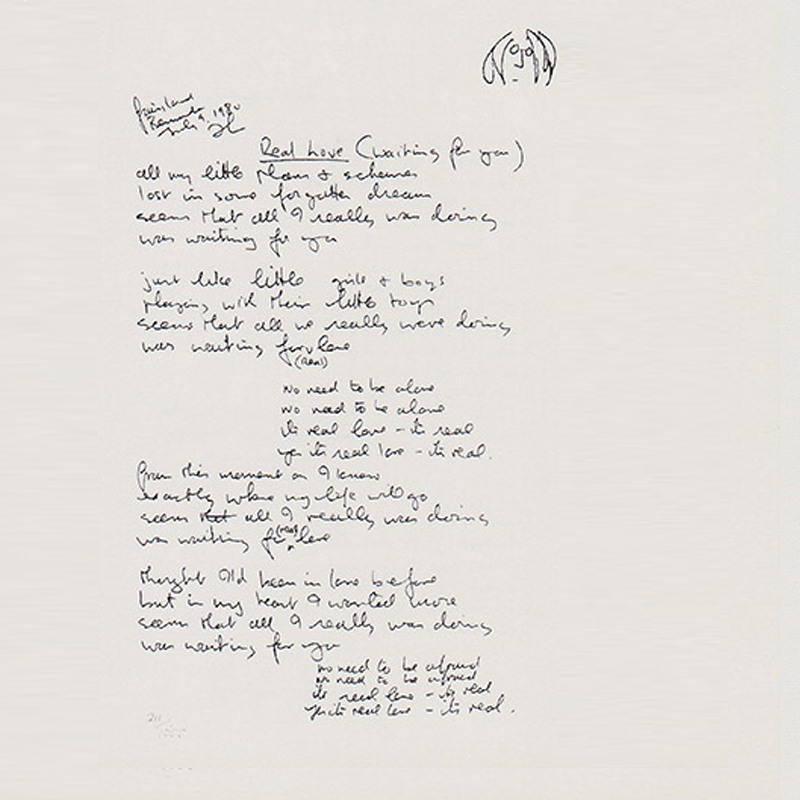