ONE DAY AT A TIME

Drawn by John Lennon in 1979, One Day at a Time depicts of a jogger running though Central Park, who turns to wave at John and Yoko. Ono of the Lennon's favourite pastimes was to walk through Central Park; they spent many happy hours there.

This was one of the reasons Yoko dedicated Strawberry Fields to the many people who greeted them there with such devotion.
Published by Bag One Arts Inc in 1990
Serigraph on antique folio paper
Numbered edition of 300
Signed in pencil by Yoko Ono 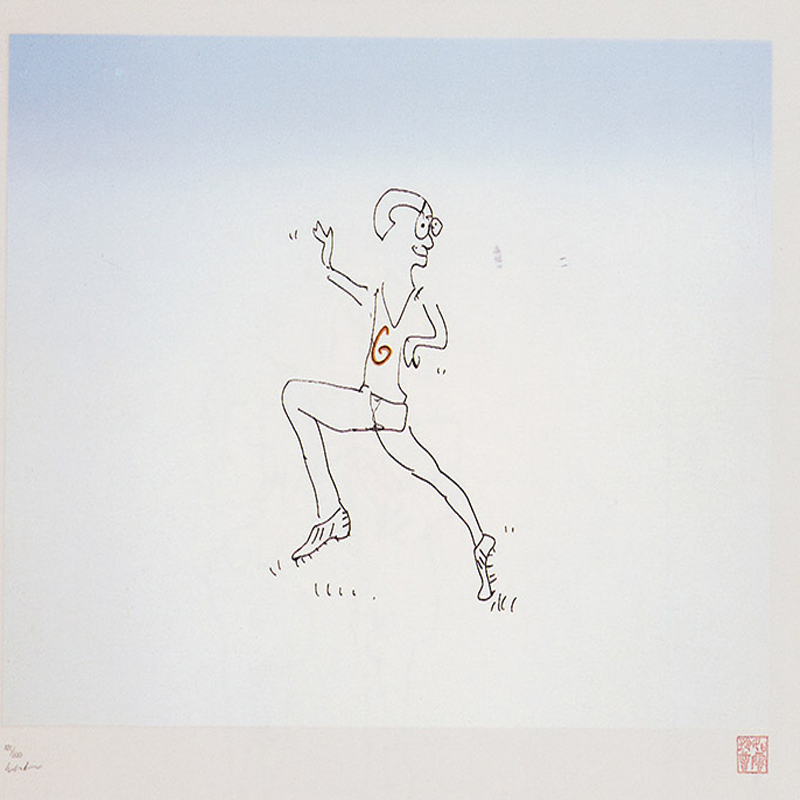