Lennon wrote the song “Nowhere Man” about himself after racking his brain in desperation for five hours trying to come up with another song for the Beatles album Rubber Soul. Lennon told Playboy magazine:

“I'd spent five hours that morning trying to write a song that was meaningful and good, and I finally gave up and lay down. Then 'Nowhere Man' came, words and music, the whole damn thing as I lay down.” 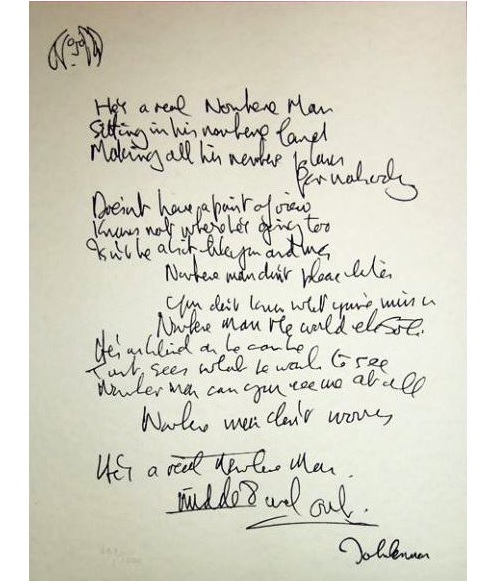