Lucy in the Sky With Diamonds

Lucy in the Sky with Diamonds is a song that appears on the Beatles' 1967 album Sgt. Pepper's Lonely Hearts Club Band. It was started by John Lennon, then Paul McCartney contributed to it in a song writing session. Lennon's son Julian inspired the song with a nursery school drawing he called "Lucy—in the sky with diamonds", depicting his classmate Lucy O'Donnell. 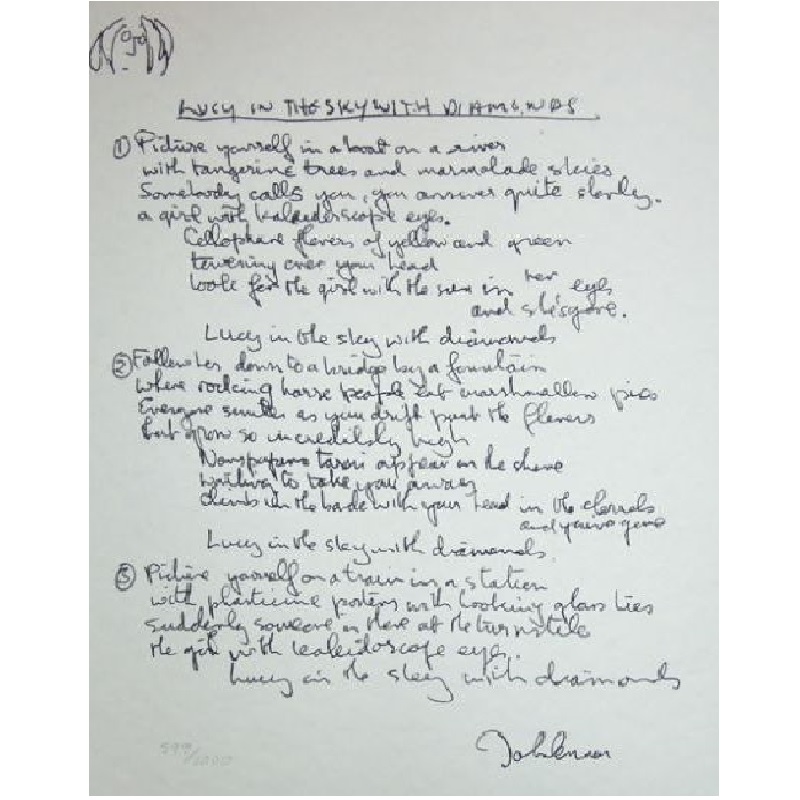