"In My Life" is a song by the Beatles released on the 1965 album Rubber Soul,, Mojo magazine named In My Life the best song of all time in 2000.

In a 1980 interview, Lennon referred to this song as his "first real major piece of work" because it was the first time he penned personal lyrics about his own life. 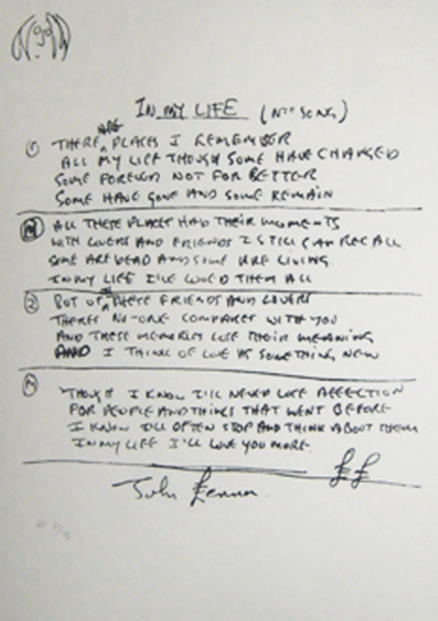