Grow Old With Me

This song was inspired from two different sources: from a poem penned by Robert Browning titled "Rabbi ben Ezra" and a song by Lennon's wife Yoko Ono called "Let Me Count the Ways" (which in turn had been inspired from a poem by Elizabeth Barrett Browning).

It was recorded by Lennon as a demo while in Bermuda in 1980, and later appeared on the posthumous album, Milk and Honey in 1984. 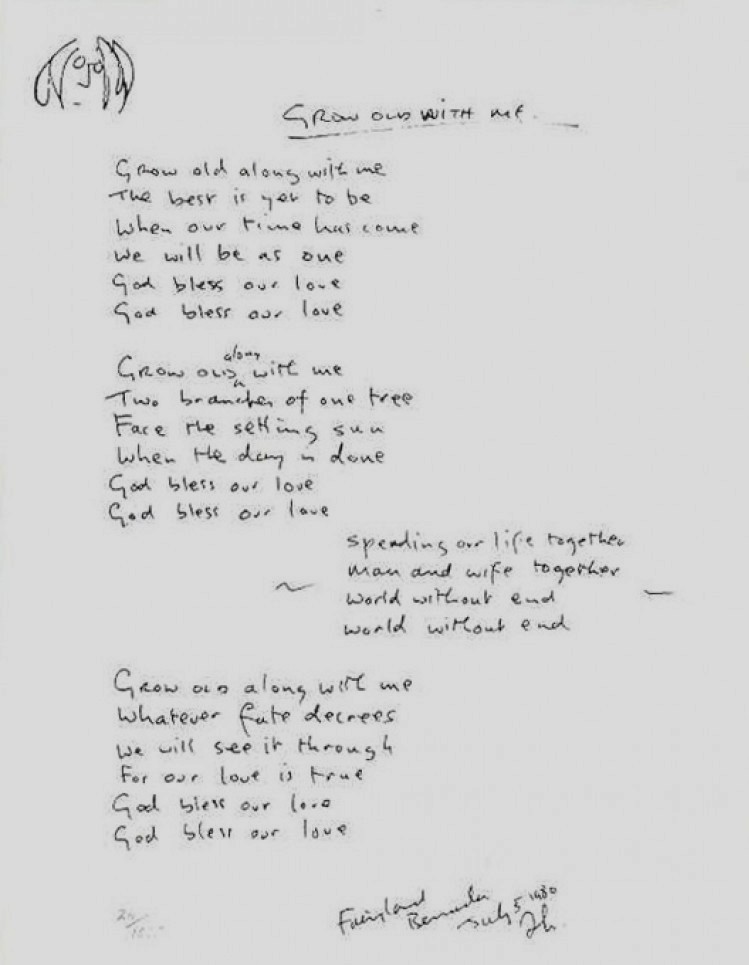