Gimme Some Truth is a protest song written by John Lennon, first released on the Imagine album in 1971. The song contains various political references emerging from the time it was written, during the latter years of the Vietnam War. 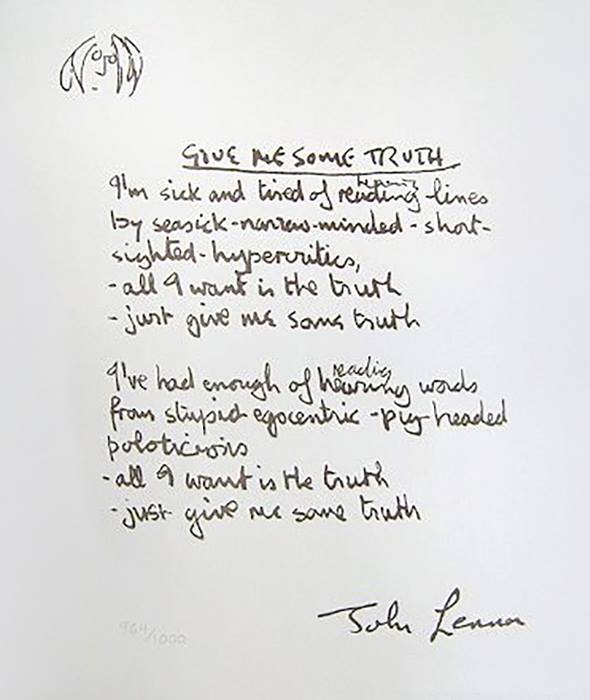