Beautiful Boy was written for Lennon's son Sean, his only child with Yoko Ono. It begins with John comforting his son from what is presumably a nightmare and develops into John passionately describing the love he has for his son and the joy Sean gave him.

It was released on the 1980 album Double Fantasy, the last album by Lennon and Ono released before his death. 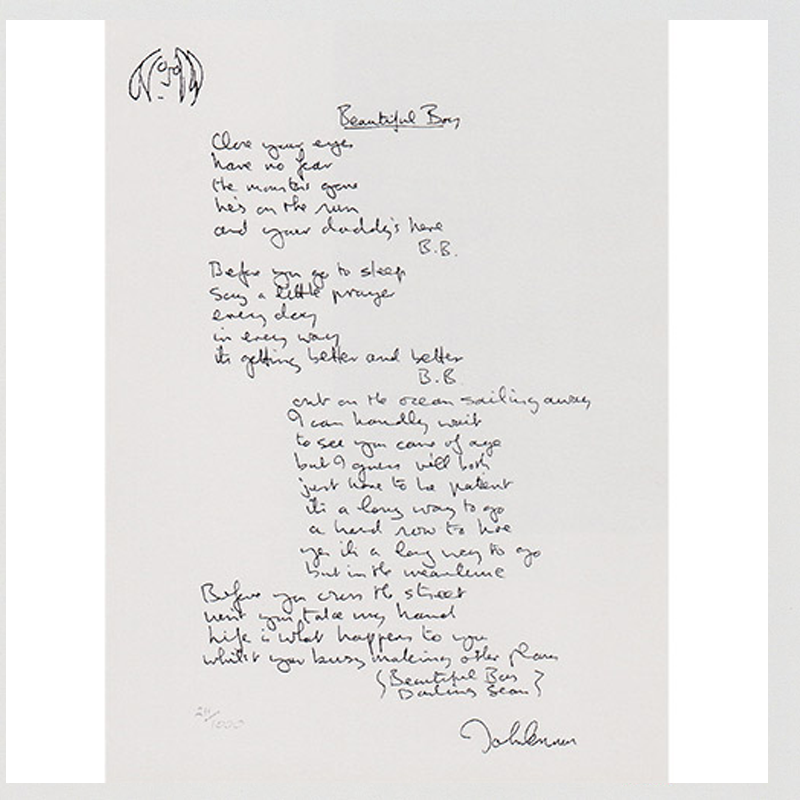